About 150 km south-west of , lies in the coastal zone of the Red River Delta. The park is a vast wetland which covers an area of 7,100 hectares and considered as the first Ramsar site in – a designation recognized internationally for its ecological importance.

Despite being a national park and Ramsar site, Xuan Thuy’s biodiversity is under threat from unsustainable levels of fishing and overgrazing within the park boundaries. (The reckless cutting of mangrove trees for firewood has resulted to destruction of the forest. Likewise, the rapid and unmanaged grazing of cows, goats and buffaloes in the park adds pressure to the wetland).This has prompted local authorities to set-up regulations around the park which often led to disputes and opposition from the communes. As such, minimizing conflict between economics and environment is the most critical issue for the community and for local authorities. 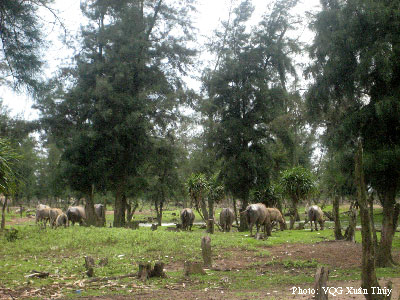 Buffalos in the core zone 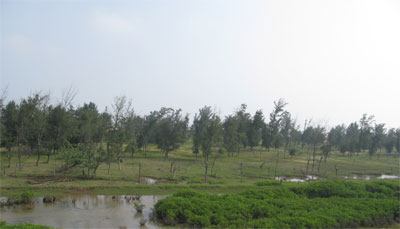 One way to overcome such challenge is to provide alternative livelihood activities in the community. This includes establishing and strengthening local communities and indigenous people’s participation in the management of wetlands. This approach has been currently initiated by the Local Partners in Nam Dinh with the support of the Wetlands Alliance through the Coastal Resources Institute (CORIN).

Mushroom culture pilot activity has provided livestock owners in Giao Thien Commune an alternative livelihood to grazing buffaloes. At present, the mushroom farming group has already built work stations and facilities and provided the means to learn, share experiences, and mutually help each other. This practice has improved the local people's attitude about teamwork and cooperation. As a result, overgrazing around the park was reduced; mangrove trees have been rehabilitated and at the same time, mushrooms have provided an additional income for the farmers. 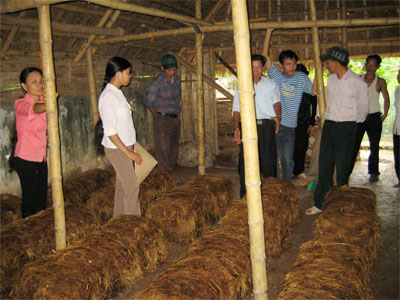 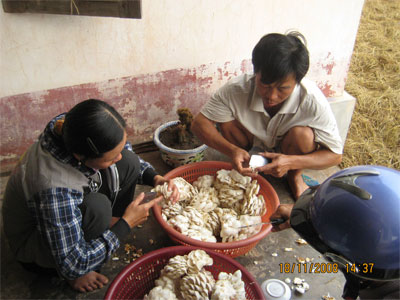 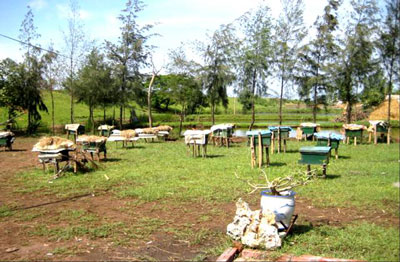 Honey model in Giao An Commune./

On the other hand, honey production is another livelihood opportunity being strengthened and improved in Giao An Commune. Although a honeybee group was previously organized, members of the group have never collaborated together and are often seen working on their own. This situation has prompted the Giao An Commune Peoples Committee to provide support to this group such as facilitating a study tour on honey production at Cat Ba Nature Reserve and obtained commitment from Management Board to utilize the mangrove area.

Currently, the group has organized dialogues to exchange experiences and developed a draft guideline for all members. As a result, number of bee cages and honey produced by the group has increased significantly which translates to an increased income among the members.

This only shows that Nam Dinh Local Partners have succeeded in stimulating cooperation among different stakeholders and participation of local communities around . 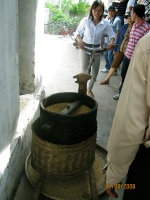